From Japan to the world via West Hollywood, BAPE is an ideal place to put your finger on the pulse of urban style. Short for A Bathing Ape, BAPE was born in Tokyo’s fashion-forward Harajuku district in 1993 by Tomoaki “Nigo” Nagao and now has shops all over the world, including one stunning BAPE boutique in the West Hollywood Design District. 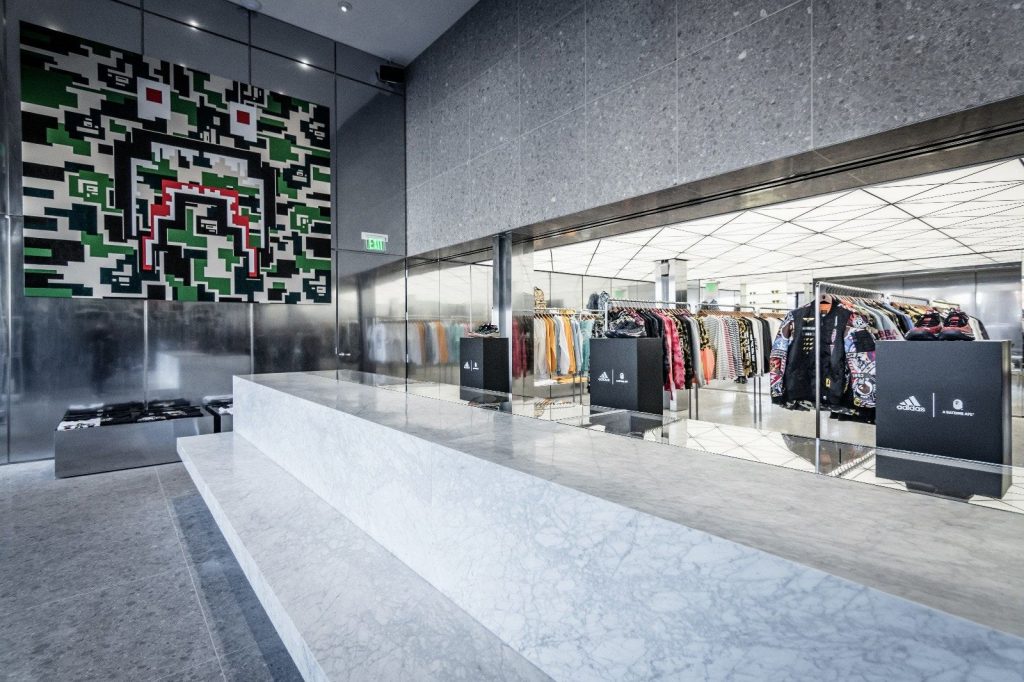 The fun and fresh BAPE STORE LOS ANGELES opened on February 17, 2018 and has been a bustling fashion hotspot in the Design District ever since. It’s quickly become a magnetic place where locals, famous musicians, and international visitors come to spot the next trends, hear the latest in booming sounds and to take pictures in front of the store and of the grand ape entryway inside. The brand will forever be intertwined with music, having blown up in England in the Nineties with the help and fandom of influential record labels like London’s Mo’ Wax and the United States in the Aughts with the co-sign of superstar artist and producer Pharrell Williams (who worked with Nigo on his Billionaire Boys Club and Ice Cream clothing lines.)

BAPE crafts high-quality casual wear and lifestyle gear in whimsical yet comfortable forms in bold, vibrant colors for men, women, kids and babies. The name A Bathing Ape is an English abbreviation for a well-worn Japanese phrase, “A bathing ape in lukewarm water,” a reference to someone who indulges so long that their bathwater cools off. As a brand, BAPE has long been known for inspiring ardent genuine collectors as well as international bootleggers keen to adapt every thread that’s officially released.

The BAPE STORE LOS ANGELES is an incredible comeback for the brand in Southern California that’s sweeter the second time around. Nigo and Pharrell welcomed guests like Kanye West, Joel Silver, Mike Tyson and Jonah Hill to the official opening of the original BAPE Store — which, like the current shop, was on Melrose Avenue — on April 23, 2008. The store closed in 2010 and the entire company was sold to I.T Group of Hong Kong in 2011. Nigo remained working with BAPE as the company’s head creative director for two more years and then stepped away from the company in 2013 to start another clothing venture called Human Made and an offshoot called Cold Coffee; the latter was replaced by a Tokyo flagship store for Human Made called Offline Store in 2018. 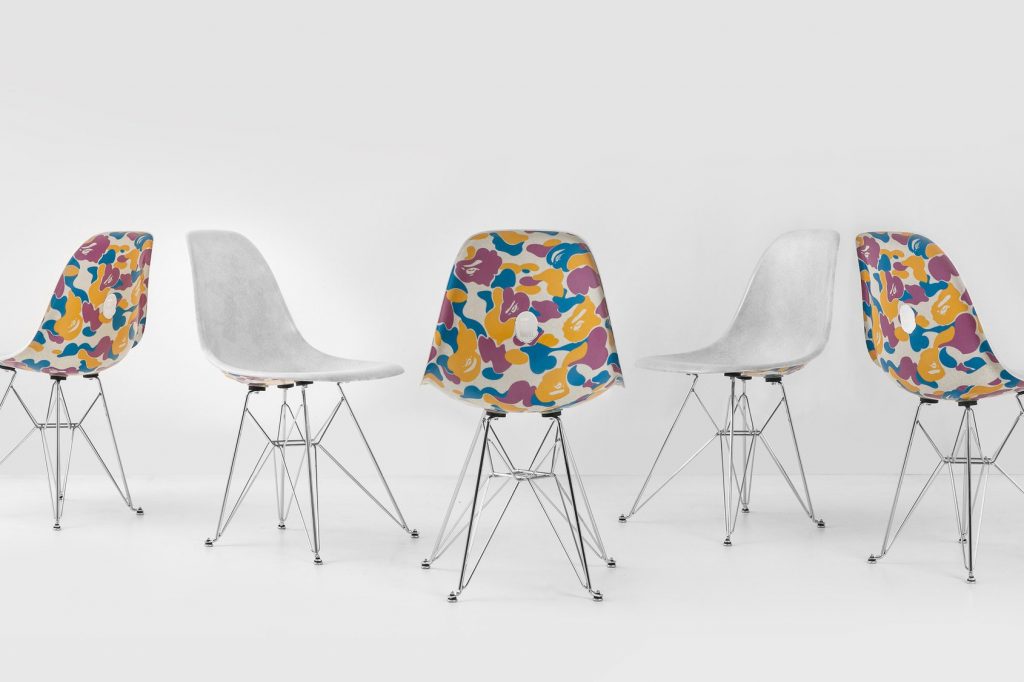 Shoppers are naturally welcome to visit the web store to purchase most of the BAPE collection, but visiting the BAPE STORE in the West Hollywood Design District is a singular experience that street style enthusiasts shouldn’t dream of missing. The store is the only place in the world where fans can buy LAPE, exclusive items that feature the designer’s LA CAMO print. Current LAPE offerings include jackets, shorts, shirts, tanks and a rare collector’s chair by Modernica (pro tip: it’s a true steal at $599). With only two BAPE stores in all of the United States, you’re definitely going to want to check this out.