The La Peer is the first hotel in West Hollywood’s Design District to partner up with nonprofit Project Angel Food for a year-long collaboration of art exhibits, events and fundraisers to help feed hungry families.

Nestled in the heart of West Hollywood’s Design District, the Kimpton La Peer hotel offers guests a luxurious stay with added art lovers perks: installations by artists like Guerin Swing and Retna are integrated into its interiors by Jonsdottir while the on-site 4,000-square-foot art gallery is brimming with many others to discover. Art is integral to the boutique hotel’s high design and seamless style, and philanthropy is too. As a way to give back to the Los Angeles community, the Kimpton La Peer has maintained close ties with the local organization Project Angel Food. The hotel has supported the charitable organization since its opening 30 years ago, however just this year they became official partners and collaborated in various ways to support their mission. ·

Project Angel Food was founded in 1989 by Marianne Williamson along with David Kessler, Ed Rada, Howard Rosenman and Freddie Weber initially as an outreach program to help people with life-threatening illnesses. Today, the organization is the most impactful it has ever been, bringing over one million medically tailored meals free of charge each year to men, women and children who have unique needs due to their diagnoses. Since the pandemic, the services were declared “essential” by Los Angeles Mayor Eric Garcetti and the number of hungry Angelenos Project Angel Food provides for each day has skyrocketed. 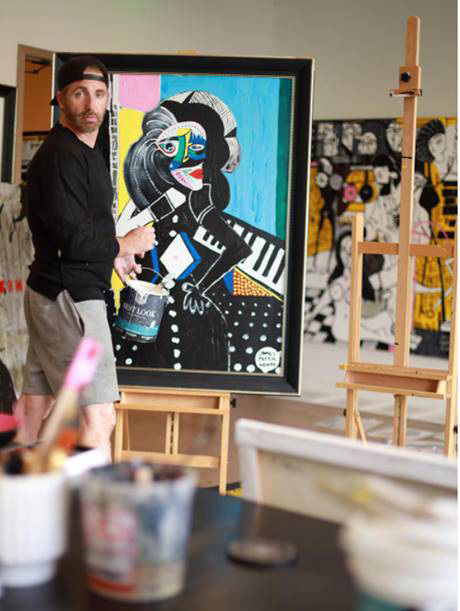 As part of its newly formal partnership with the nonprofit, the Kimpton La Peer hotel offers pop-up gallery shows on-site, events and volunteer efforts that fundraise to assist Project Angel Food in continuing to extend its helping hand across the city. The shows are not just limited to the hotel’s dedicated galleries, but occasionally innovate on the model, even transforming meeting rooms into exhibition spaces.

A current show at the hotel features artist James Peter Henry—a painter whose work draws from Cubist, African and Aboriginal Australian influences. Henry has a deep working relationship with the hotel as it’s artist-in-residence, which has culminated in a solo show entitled “The Human from Mural” in 2021 and a pre-Oscar gift lounge where he sold limited-edition prints given to Oscars nominees at his studio. He is also offering art lessons on-site to those who wish to brush up on their technique. 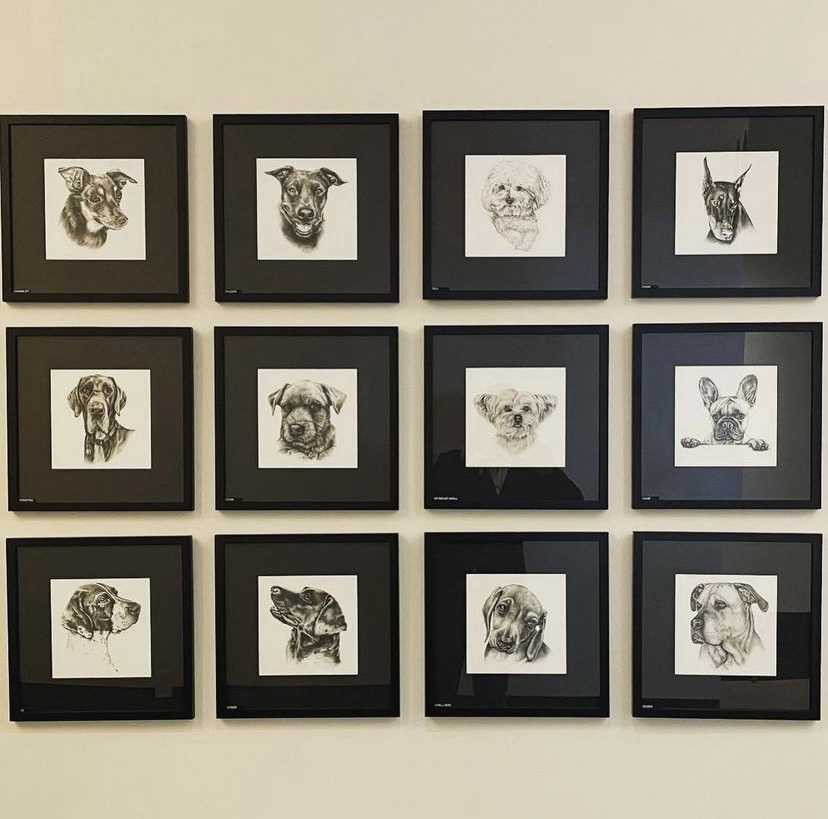 On display now, Henry’s work is also joined by pieces by Alexandra Grant and David Heise. This summer, these artists will rotate, and Project Angel Food is curating the roster. Many of the artists are not only proud supporters of the organization, but they’re also, like Grant, donors to the cause. Visitors can also get involved. All artwork sales, art lesson fees and any artist merchandise profits from these efforts at the Kimpton La Peer are directly donated to Project Angel Food.

Drake’s WeHo is Coming to West Hollywood on Melrose Avenue